Canberra's new public Wi-Fi, CBRfree has proved popular at this year's Floriade with more than 48,000 sessions and nearly 13,000 unique users connecting to the network over the duration of the festival, Chief Minister Katy Gallagher and Minister for Tourism and Events Andrew Barr announced today.

"Since the event kicked off in September, more than 1.4 million people have seen a Floriade related post on Facebook. Floriade's Facebook fan base grew from over 12,000 likes at the beginning of the event, to around 40,000 by the end, making it clear that providing free public Wi-Fi has been a success," the Chief Minister said.

"CBRfree public Wi-Fi has not only enhanced the experience of Canberrans and visitors alike by making it fun and easy for people to share their experiences at the event with friends and family over social media, but it has also started promoting Canberra's image as a leading digital city.

"The free public Wi-Fi offered at Floriade this year provided users with the same capability that is currently being rolled out in Civic East – the first area of the city to be fully live at the end of this month. This will be followed with a staged rollout in other town centres and commercial precincts over the following 12 months to deliver the benefits of greater connectivity across the ACT.

Floriade free public Wi-Fi usage statistics from 13 September through to 12 October 2014 include:

"It is also fantastic to see that Floriade has again achieved outstanding results in 2014, recording the highest overall attendance in the event's 27th year. A total of 481,854 visits were recorded, up from last year's figure of 448,987," Minister Barr said.

"These results further prove that Floriade remains one of Canberra's favourite events and continues to be Australia's premier spring time celebration. It also demonstrates the positive impact CBRfree Wi-Fi will have in making Canberra an even smarter and more liveable city," Minister Barr concluded.
Posted by dfp at 8:06 AM No comments:

Attendance figures for this year's Floriade Spring Festival in Canberra were the highest in the event's 27-year history.

The influx of local, national and international visitors are a welcome economic boost for the national capital.

ACT Tourism Minister Andrew Barr said the crowd numbers are the result of a strong events program around the theme of Passion.

"Amongst the record number of attendees over the month will be people who have come multiple times and that's really encouraging," he said.

"Obviously, every time they attend they are contributing to economic activity in the Territory, particularly interstate and international visitors."

"We can be confident that the economic contribution will be in the ballpark of last year's, if not more, so we are approaching $40 million into the Territory economy. So that's a good result."
Posted by dfp at 7:44 PM No comments:

Learn About 'The Green City" 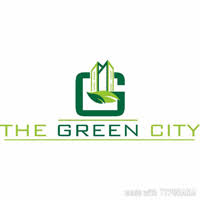